I’ve wanted to be a writer since I was little. Once I grew up I realized that I wanted to be a philosopher. Then, I found out philosophy was dead, so I decided to become a philosophical fiction writer. I’ve learned from taboo artists (Prince, David Bowie, Friedrich Nietzsche, Jackson Pollock, Andy Warhol, Tony Hawk, Jackie Chan, Björk, etc.) that you should do what you want to do, because the best profits are invisible. (That might not be true, but some lies are best to believe.) This blog is where my two passions intertwine.

There is no point in stepping where everyone else has stepped, so I try to look for new places to put my footprints.

A little more about me:

Nevertheless: I write. I read. I breathe. I evolve (well, hopefully). 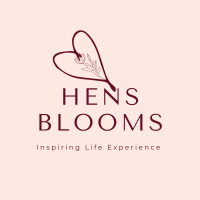 Poetry to Honour the Gods

Dream it till it comes true

A World for the Written Word

Unlike an Eagle, let me Flap my wings.

Finding Inspiration in the Gifts of Life

SHED THE LIGHT OF TRUTH

Inside the mind of an immigrant

Love is limitless. Dream, thrive and be alive.